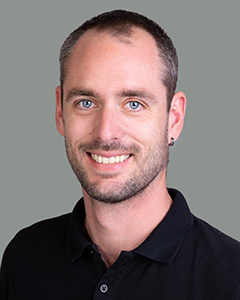 Paolo is a European Osteopathic Manual Practitioner (non-physician), born and raised in Milan, Italy. He obtained a Diploma in Osteopathy from the Istituto Superiore di Osteopatia and a Bachelor of Science in Osteopathy from the Prifysgol CYMRU University of Wales in 2006. Since then Paolo has continued his education in an array of postgraduate programs around Europe. In 2015 he received his Postgraduate Certificate in Academic and Clinical Education from the British School of Osteopathy in London.

Paolo has an extensive range of experience from working in Dentists Clinics as a Member of the Italian Study Group of Cranial Mandibular Disorders to Sport Rehabilitation Centers primarily working with Soccer, Volleyball and Martial Arts athletes. He has also worked with the “Teatro alla Scala” and “Teatro Carcano” Ballet Academies in Milan.

After more than a decade of practicing and teaching in Italy and around Europe, he recently moved to California with his wife and three daughters.